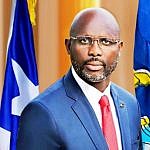 The Pro-Poor Agenda for Prosperity and Development 2018 to 2023 (PAPD) is the second in the series of 5-year National Development Plans (NDP) anticipated under the Liberia Vision 2030 framework. It follows the Agenda for Transformation 2012-2017 (AfT). It is informed as well by lessons learned from the implementation of the Interim Poverty Reduction Strategy 2007 (iPRS) and the Poverty Reduction Strategy (2008-2011). The fundamentals underpinning the PAPD are i) Liberia is rich in human and natural resources; but ii) is deprived of development largely because its human capital lacks the knowledge to transform the natural resources into wealth—whether through farming, mining, fishing, or other productive ventures that require technology or financial investments. Consequently, Liberia is relatively rich in natural capital but relatively poor in relation to its peers in both human and produced capital. Moreover, because of a legacy of entrenched inequality in access to development opportunities, widespread infrastructure deficits, and pervasive poverty have become the binding constraints to future growth and prosperity.

The Pro-Poor Agenda is also about crafting a national identity aligned to the Africa Agenda 2063 and the Economic Community of West African States (ECOWAS) Vision 2020. What clearly emerged from the national consultations on the future of Liberia held in 2012 is that the tendency to bifurcate the Liberian identity
into an Americo-Liberian vs. Indigenes, cleavage leaves the “erroneous impression of two discreet communities” that need to be reconciled for political, social, and economic, development to take hold. But it is evident that the Liberian identity is a fusion of values of multiple “largely patriarchal traditional societies”, different
tenets of faith, and the “influence of black settler culture”. Moreover, new cleavages emerged out of the civil war—between the Diaspora and those Liberians who remained at home, and between those who were victimized and those who were the perpetrators of violence. All these cleavages must be addressed for Liberia to go forward successfully as a united people and a progressive nation.

PILLAR TWO: THE ECONOMY AND JOBS

3.5.5 Water and Sanitation
Access to and use of improved sources of drinking water has improved. Access to drinking water is estimated at around 73 percent and access to sanitation are estimated at 17 percent. About 15 percent of the population has access to sanitation and hygiene. In rural areas, open defecation is still the most widespread method of feces disposal, with as many as 85 percent still practicing open defecation.

An estimated 35 percent of existing clinics and schools lack adequate access to water and sanitation facilities while formal solid waste management services are only available in Monrovia. Major limitations to achieving sustainable WASH services include but are not limited to: i) institutional fragmentation; ii) weak legal and regulatory framework; iii) inadequate water distribution infrastructure due to lack of funding, and iv) inadequate sanitation services. The sector also lacks trained manpower, has inadequate data (on access to services), and have difficulties with planning, resources financing, and assessing progress.

By 2023, the government aims to have equitable, safe, affordable, and sustainable water supply and sanitation services for all Liberians. The government has established the WASH Commission and will mobilize resources for water supply infrastructure, provide rurally water supply, facilitate supply and financing for water resources management, mobilize communities to fully participate in planning, operation, and maintenance of WASH facilities, and eliminate open defecation nationwide while enforcing minimum standard WASH packages.